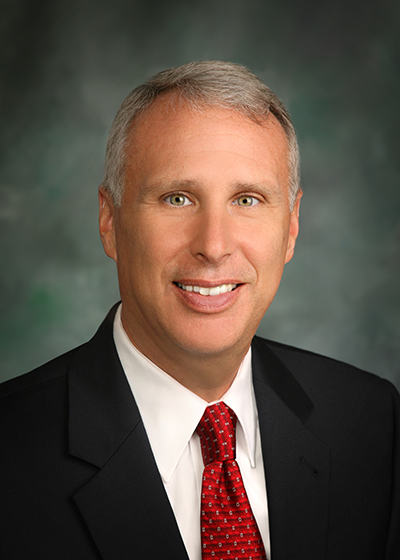 Anderson served 26 years in the U.S. Air Force in a wide range of command and staff assignments, including tours at U.S. Central Command, MacDill AFB, Fla., and the North Atlantic Treaty Organization in Brussels, Belgium.

He retired in November 2010 following his last assignment as the mission support group commander at Bolling AFB, Washington, D.C., where he led a multidisciplinary 1,500-person group in the operations and administration of the base to support more than 40,000 Air Force personnel and family members in the national capital region.

Anderson compiled more than 4,000 flying hours in various aircraft and was awarded an Air Medal and Combat Action Medal as a B-52 aircraft commander during Operation Enduring Freedom.

He holds a Bachelor of Arts from Bowling Green State University in Ohio and a Master of Arts in public administration from the University of Colorado at Colorado Springs, Colo.

He joined the staff of MOAA's Career Transition Services Department in August 2011, and in December 2012, he was named deputy director, Council and Chapter Affairs Department.