This article by Stephen Losey originally appeared on Military Times, the nation's largest independent newsroom dedicated to covering the military and veteran community.

The Air Force is planning to eliminate early promotions, known as below-the-zone promotions, for officers.

Chief of Staff Gen. Dave Goldfein said in a Dec. 4 memo to commanders that he is planning a video teleconference with them on Dec. 16 to talk about how the transition will take place. The leaked memo was posted Monday on the unofficial Air Force amn/nco/snco Facebook page, and its veracity was confirmed by the Air Force.

In the memo, Goldfein said the Air Force will transition from the current below-the-zone system to a more merit-based system encompassing a single zone. This will begin during the next active-duty lieutenant colonel board, which was originally to be held next March but will now be delayed until May to give the changes time to take effect.

Goldfein also said the change will eventually include all officers, including those in the Guard and Reserve.

“I am expecting 100% participation across components,” Goldfein said.

In a fact sheet provided by the Air Force, personnel chief Lt. Gen. Brian Kelly said the current below-the-zone process can hurt both those who are, and who are not, promoted early.

Those who are promoted early end up with less development time — as much as three years less for those who are chosen four years below-the-zone, he said.

These early promotions also limit the Air Force’s “ability to recognize emerging talent as it blooms or even worse, it can lead to us leaving talented officers behind,” he said.

This merit-based reordering for promotion to major, lieutenant colonel and colonel will mean that airmen who score the highest on their performance records can be tapped to pin on their new rank first.

“Under merit-based reordering, performance will be the driving factor in when officers pin-on new rank,” according to the Air Force fact sheet. “Those whose records of performance place them at the top of a promotion list will continually promote up to 11-12 months ahead of some of their peers. Although not as fast or early as being promoted in today’s BPZ system, being promoted at the top of the list to major, lieutenant colonel and colonel will advance officers 12-15 months earlier than peers and provide equal numbers of months earning higher pay each time.”

This will be the next step toward eventually creating a multi-year promotion window, without zones of any kind, Kelly said.

“This is another authority provided by Congress where officers can be promotion-eligible for up to five years without zones, and without an up-or-out promotion requirement,” Kelly said. “Under this eventual destination, officers will be eligible for promotion up to five times in a single zone.”

Kelly said the Air Force hopes to move to that window system in late 2021 or early 2022.

“Our goal through these efforts, and others, is to unleash the capabilities of our people to be ready for tomorrow’s fight,” Kelly said.

Below-the-zone promotions have mattered a great deal because those choices shape the future of the Air Force’s top leadership for decades to come.

“Below-the-zone is where, probably 99.9 percent of the time, general officers come from,” retired Vice Chief of Staff and former Air Force Association President Larry Spencer said in a 2016 interview. “Those are your future general officers. That’s when the Air Force, as a system, starts breaking out superstars who have the greatest potential.”

The system of below-the-zone promotions has come under fire, particularly in recent years. In his frank columns about the problems with the officer selection process, Col. Jason Lamb, who wrote under the pseudonym “Ned Stark,” argued that early promotions wind up earmarking some officers as “high potential” and giving them a fast track to higher leadership, even if they fail to develop or show problems later on. At the same time, late bloomers who don’t nab the early promotions wind up at a disadvantage and miss out on opportunities, even though they developed their potential later on in their careers.

During a panel discussion at this September’s Air Force Association conference, Lamb said the Air Force should scrap the year-group system used for promotions to reward late bloomers and slow down “high-potential” officers who fail to perform as they get older.

“You’re either ready to be considered for promotion, or you’re not,” Lamb said. “In-the-zone, above-the-zone, below-the-zone, it’s all driving unhealthy behaviors.”

Raw sewage, mold, vermin: Military families ask court to withhold rent until all houses on these 2 bases are certified as safe 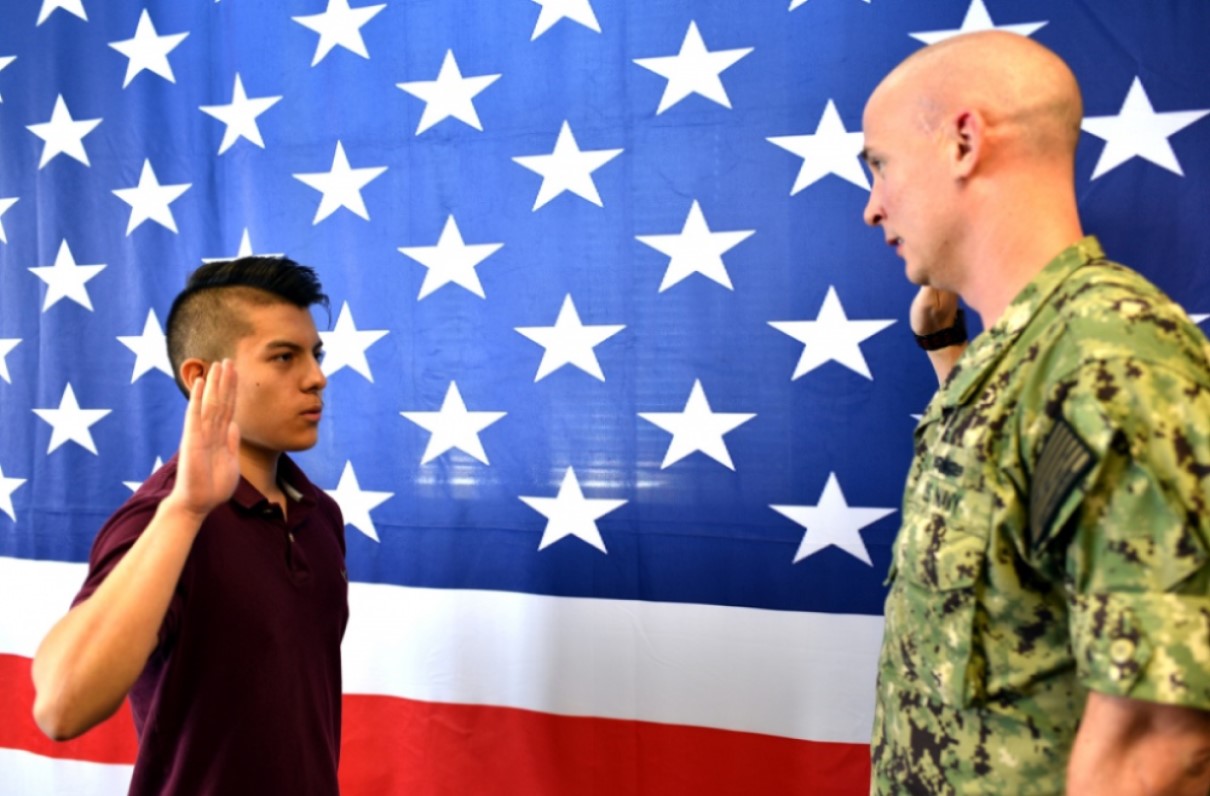 As the pool of potential servicemembers shrinks, and the military strains, these officers say conscription is the answer.